There are three things you should know about cilantro right up front.* Thing one: Cilantro is the leaf of the coriander plant and is one of the most widely cultivated herbs on the planet. Thing two: It has an unmistakable taste, imbuing dishes with a uniquely delicious and fresh flavor. Thing three: Thing two sent a significant portion of otherwise decent, well-mannered people into fits of bewildered outrage and disgust.

And that is no great exaggeration. Even a cursory search will show that the internet is teeming with cilantrophobes raging against the foodie machine. Millions and millions of people throughout the world abhor even the slightest hint of the pungent herb in their food, citing a displeasing smell and an overpowering soapy taste. In fact, renowned celebrity chefs Julia Child, Ina Garten, and perhaps most colorfully, Fabio Viviani, have all come out against cilantro. What is it about this medieval herb that drives people to post hateful haikus on ihatecilantro.com? Or to burn it in effigy on the streets of Iowa? What provokes such a violent, primal response in people? As it turns out, it may be hardwired in our brains.

Separate scientific studies have strongly suggested that the unpleasant, soapy taste is the result of a genetic olfactory deficiency, specifically the OR6A2 gene, which sounds like a lost Van Halen album, but actually encodes a receptor that is remarkably sensitive to aldehyde chemicals. Aldehyde chemicals play a role in cilantro’s polarizing flavor and are part of the process which — wait for it — makes soap. So, to be completely fair to cilantrophobes, I, too, would prefer my salsa without hand soap. That really is something to consider when you’re entertaining guests; mix up a bowl of salsa for those who like cilantro (or really like cilantro — surprisingly NSFW) and another bowl of salsa without cilantro for the genetic mutants. I’m only kidding; put down the knife. The real takeaway here is that Van Halen makes cilantro taste like soap to some people. 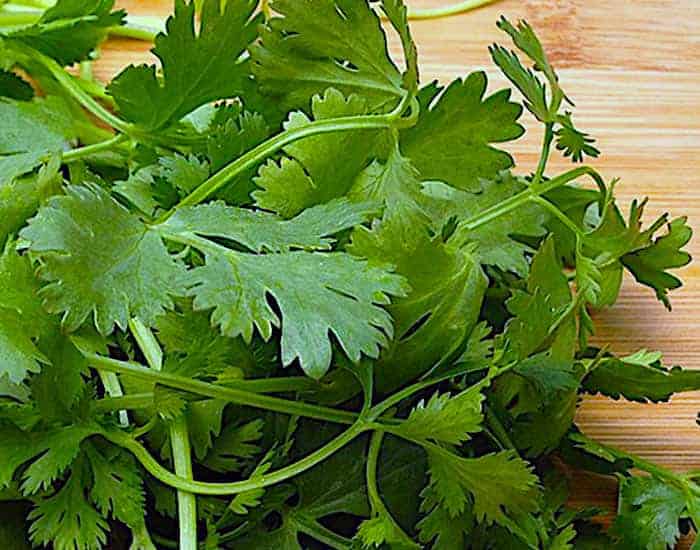 In North America, the lacy leaves of the coriander plant are known by their Spanish name — cilantro — and the dried fruit are known as coriander seeds — which have a very different taste than the leaves. But you may also hear cilantro called by other names: coriander or coriander leaves (the plant’s actual English name), Chinese parsley, Mexican parsley and dhania. It’s also commonly confused for cilantro’s spiny cousin, culantro, which looks different from cilantro but does have a comparable aroma and taste, though more pungent. Finally, there is flat-leaf parsley, which has a vastly different taste but is easily and often mistaken for cilantro. It makes you wonder a bit how anyone ever makes it out of the supermarket with real, honest-to-goodness cilantro… I mean coriander. Whatever.

Once you’re sure you have cilantro in your hands, choose a bunch by looking for bright, aromatic medium-green leaves with no visible wilting or yellowing. You can store cilantro in the refrigerator in the loose plastic bag you bought it in for about a week. If you place the cilantro stems down in a jar with water and cover it with a loose plastic bag, you can extend that time to two weeks or so. If, like me, you think an open jar of water in your fridge is an invitation to disaster, you may want to check out something like the Prepara Herb-Savor.

When you’re ready to whip up some pico de gallo or pho, lightly rinse, shake off any excess water and pat the leaves dry to remove any remaining dirt or sand. Cut off the thick stems near the bottom (leave about an inch) and finely chop. For hot dishes, add cilantro at the end of the preparation for the best results. Substitute fresh parsley — perhaps with a dash of lemon or lime — when you’ve run out of cilantro or if you would prefer a milder flavor. Unlike fresh cilantro, dried cilantro is very mild and retains almost none of the herb’s notable pungency, making it a poor choice to substitute for the fresh herb in recipes. Dried cilantro is best used early in the cooking process so what flavor it does retain has time to infuse.

You can discard cilantro roots and stems, but many people save them for soup and marinades and they’re frequently an essential ingredient in many Thai dishes. More delicate and mild than the leaves, cilantro root imparts a subtle freshness and pungency that balance the bold flavors found in curry paste. Cilantro root can also be kept frozen for a month or so, and can be found in many Asian markets.

I use cilantro a lot (because it’s delicious), but perhaps too much for my better, more cilantro-agnostic half. I try to keep fresh bunches on hand as much as possible, as we enjoy a wide variety of food and quite a bit of it, thankfully, makes use of cilantro. I know some of you read that as “I like to use hand lotion in as much food as possible,” but what do you expect from someone who secretly keeps a small vial of Absolut Cilantro around my neck to ward off cilantrophobes when I go out at night. Given to me by a dying priest outside a Cali-Mex restaurant, I took on his holy mission to dissolve your nefarious cilantrophobe leader, Fabio Viviani, with that blessed vial and restore light to the world.**

Cilantro may have its enemies, but few can argue with its impressive array of health benefits. Beside being full of antioxidants, essential oils and a rich source of vitamins A and K, cilantro has also demonstrated anti-diabetic and anti-anxiety benefits, as well as cardiovascular benefits, such as lowering blood-sugar levels and reducing certain kinds of stress. It might even help you get to sleep at night.

** To Fabio Viviani: We think you’re a terrific chef with a vibrant and charming personality, so please rest assured that you will be dissolved as quickly and humanely as possible. But before that day of reckoning, be sure to check out Fabio’s Italian Kitchen cookbook.

DISCLOSURE Hey there! Just so you know, this post might contain links to Amazon or other trusted affiliates where we make a small commission on qualifying purchases at no extra cost to you. Learn more about our affiliate linking policy. 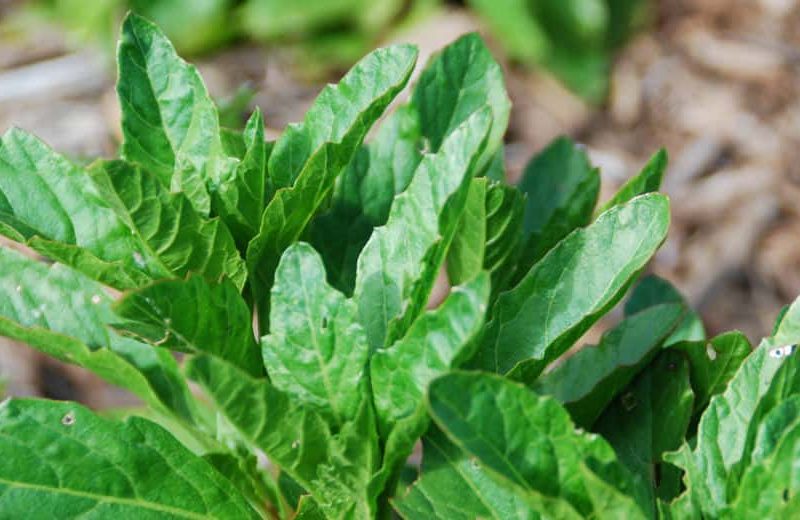