What do you do with an invasive, poisonous weed that smells like it was soaked in kerosene and assaulted by a skunk? You eat it of course!

Cultivated for centuries by the Aztecs, epazote (from epatl which means “skunk” and tzotl or “sweat” in Náhuatl), goes by a host of equally charming names throughout Mexico and the southwestern United States* but can be found as far North as New York. Epazote is considered to be an acquired taste, a taste that defies easy description. Almost no one has quite the same take on it but here’s how I would describe my first bite of raw epazote. Picture someone putting a bag of musky oregano and cilantro in a box of old menthol cigarettes, leaving that box of cigarettes on the engine of their lawn mower and mowing every lawn in a ten block radius on really hot summer day — grassy, minty and sort of “sweaty” with an underlying taste and aroma of citrus and petroleum. So, yeah. But then why in the world would anyone eat this and …

What the $#%! was wrong with the Aztecs?

The Aztecs weren’t sadomasochistic. Sure, human sacrifice was kind of their thing, but they weren’t culinarily sadomasochistic. They knew quite a bit about using and cooking with herbs and were clearly on to something with epazote. In addition to its many important medicinal uses, the Aztecs knew what many modern chefs in the United States are only now rediscovering — that as epazote cooks, it mellows considerably, losing its overpowering pungency and imbuing a sort of wild herbaceous complexity and depth to a dish that is unlike any other herb.

CHEF SUSAN FENIGER
“But what I love is how it has this unbelievable aroma when it’s cooked – especially with mushrooms, it’s a perfect partner. But, its essence is sort of like rubber tires. I know that sounds strange but the taste is perfect. It’s earthiness [is an] interesting quality.”

Earlier, I was having a bit of hyperbolic fun at epazote’s expense, so don’t let my oh-so-appealing description dissuade you from trying this wonderfully unique and piquant herb. And while epazote can be off-putting to some, it is actually used prodigiously throughout the entire Americas and is common to a wide variety of dishes. It’s in soups and stews; corn, mushroom and egg dishes, salsa and mole sauces; and even plays a significant role in the Mexican mainstay, frijoles de la olla (home-cooked beans). You’ll also find it in trendy Yucatecan dishes, such as papdzules (an early predecessor to enchiladas). As you can see, epazote is actually pretty versatile and more and more restaurants and chefs are finding a place for this misunderstood herb in their culinary repertoire, lending Latin dishes authenticity and adding surprising and creative twists to mainstream ones.

If you need more convincing, there is a quote from Alan Davidson** who said that along with cumin and cilantro (coriander), epazote is one of the three secret ingredients to Mexican and Caribbean cooking. And Davidson was the author of the 900-page Oxford Companion to Food and The Man Who Ate Everything, so he would know. Try it out when you cook your next Mexican dish and see if it doesn’t add a nice, layered richness to your tortilla soup or a pleasing tang to your esquitas. 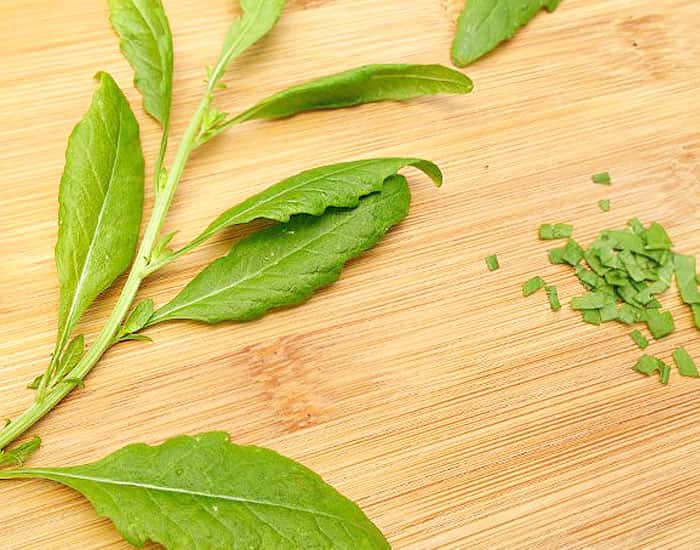 For an herb that you can pick by the dozen year-round along a California highway, epazote can be really difficult plant to find fresh in a supermarket. If you ask for epazote from someone in the produce department, the grocer might suggest cilantro as an alternative but know that cilantro is only vaguely reminiscent of epazote. they share some similar lemon and citrus qualities, but actually taste very different. If you happen to live near a Latin grocery store or farmers’ market you may be lucky enough to come across some fresh epazote but for many people dried epazote is the best and perhaps, only option.

Fresh epazote is usually sold in large bundles, similar in size and shape to two bunches of parsley. It may even be sold as an entire small plant wrapped loosely in clear plastic, like you can sometimes buy basil). Look for bright green, aromatic leaves that have that unmistakable pungency — which come to think of it, is probably why epazote is hard to find in a supermarket. Avoid plants with large flower stems or yellowing or wilted leaves. Store fresh epazote in the refrigerator stems down in a jar of water or in an unclosed plastic bag with a dampened paper towel in the crisper drawer. Epazote can wilt quickly but it will remain edible for several days in the refrigerator.

To cook with fresh epazote, strip the leaves from their stalks and mince for quesadillas or salsa or simply add two decent-sized sprigs (per pound) to beans as you might with bay leaves. Add the minced leaves or sprigs in in the last thirty minutes of cooking for the best flavor. If you added sprigs, be sure to remove them before serving.

In a recipe, there’s never really a great way to replace fresh herbs but dried epazote manages to hold its own more than say, dried cilantro (which can be substituted with a ten year old old bottle of dried parsley to better effect) and is completely worth the small investment. For bean recipes using dried epazote, use two tablespoons per pound of beans.

It should also be noted that epazote is often included in bean recipes because of its “carminative” properties, which is to say that it helps to alleviate or prevent the flatulence and bloating often associated with eating beans. If you have sworn off beans for this reason please remember that before you double or triple the amount of epazote you use in a recipe — thinking that maybe you can eliminate negative gas effects altogether — epazote is poisonous in large quantities. Epazote seeds and seed oil are very toxic and should never be taken internally. Rinsing canned beans thoroughly in colander or better still, soaking dried beans overnight and boiling them will go a much longer way towards enjoying a delicious bowl of black bean soup in peace than poisoning yourself with epazote.

In addition to the warning above, it is also important to note that epazote is used in the treatment of menstruation problems and is believed to be the key ingredient in the first birth control pills. So, if you’re lactating, pregnant or thinking of becoming pregnant, it is probably best to avoid epazote altogether. Consult your physician if you have any questions or concerns.

But once you’ve mastered the rules, epazote has some pretty amazing medical benefits. It’s used by many as a treatment for asthma and malaria. It is extremely effective in the treatment of intestinal worms and how it earned one of its many names, wormseed (and why it is included in animal feed). A few leaves in hot water makes a potent herbal infusion or tea which is used to treat a number of respiratory and digestive ailments and helps prevent anemia, osteoporosis and Alzheimer’s. Epazote is also loaded with vitamin A, vitamin C and vitamin B complex and is rich in folic acid, dietary fiber and many beneficial proteins and minerals.

*Who are you calling stinkweed? Epazote has been given many names, some of which are strange and few of which are flattering. Some names epazote goes by: stinkweed, skunk weed, wormweed, pigweed, hedge mustard, West Indian goosefoot, bean herb, paico, pazote, herba Sancti Mariæ, Jerusalem parsley, Mexican tea and Jesuit’s tea.

**From Aardvark to zucchini — legendary food writer Alan Davidson took twenty years to compile his list of 2,650 separate things a person can eat. Here is Andrew Graham-Dixon’s The Man Who Ate Everything.

DISCLOSURE Hey there! Just so you know, this post might contain links to Amazon or other trusted affiliates where we make a small commission on qualifying purchases at no extra cost to you. Learn more about our affiliate linking policy. 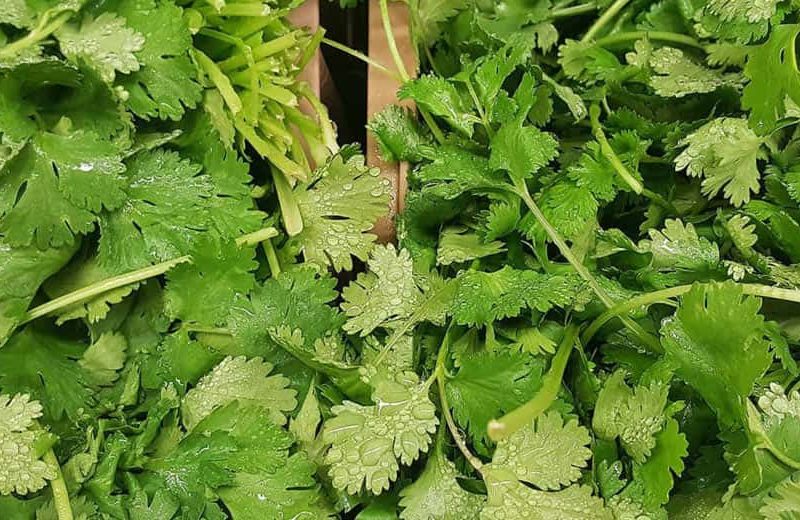